How to Watch the Marvel Movies in Order

Marvel movies are having a quiet 2020, since Black Widow has been pushed back until November, bumping MCU movies like The Eternals and Thor: Love and Thunder further down the schedules. The Falcon and Winter Soldier and WandaVision are technically scheduled to land on Disney Plus in 2020, but the lockdown restrictions on production make their release dates uncertain for now. Watching the Marvel movies in order, then, will help you pass the time until the Marvel Cinematic Universe is back in full swing.

It’s a real treat to watch the the MCU movies in order, because the 23 movies are cleverly layered to set up stories that sometimes pay off years down the line, and the way they draw in more and more Marvel characters is really exciting. Below, then, we’ll explain the chronological and release order of the Marvel movies. We’ve also ranked the best Marvel movies by user score, and we’ll explain which Marvel movies are on Disney Plus.

How to watch the Marvel movies in order: chronological order

A Marvel Cinematic Universe (MCU) timeline is probably why you’re here. Here’s how to watch the Marvel films in chronological order, starting with Captain America: The First Avengers and closing with Spider-Man: Far From Home (for now, anyway). The reason to watch the Marvel movies in this order is you’ll see crucial MCU events play out as they happened. You’ll witness the Tesseract’s journey from WWII to the coming of The Avengers, and pick up on era-specific details like Carol Danvers meeting Nick Fury in the 1990s.

When 2020 and 2021 Marvel movies like Black Widow and The Eternals are finally released, along with canonical Disney Plus shows like The Falcon and the Winter Soldier and WandaVision, we’ll update this MCU timeline appropriately. Black Widow, for example, is definitely set after Captain America: Civil War, but with its release date delayed until November 2020, we’ve left it off for now. 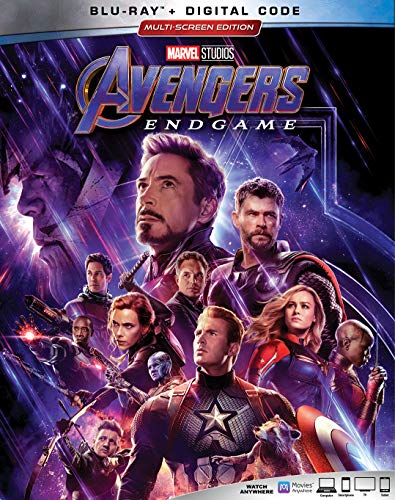 €10.83
VIEW DEAL
See all prices
We check over 130 million products every day for the best prices

If you want to know how to watch the MCU movies in release order, you’ll want this list, which starts with Iron Man in 2008 and ends in 2019 with Avengers: Endgame and Spider-Man: Far From Home. Watching the Marvel movies in release order is a comforting nostalgia trip, and you’ll see how the MCU films get better over time with increased budgets and better casts. We’ve also included the future MCU Phase 4 release dates below for your reference.

The future of the Marvel Cinematic Universe

Marvel movies on Disney Plus

Wondering which Marvel movies are on Disney Plus? The below list correlates to the US as of July 2020, but if you’re in UK and Australia, you can already stream all of these as well as Ant-Man and the Wasp. The Incredible Hulk and the Spider-Man films aren’t on Disney Plus because Universal and Sony own the distribution rights to them respectively. You’ll have to buy them if you want a full Marvel movie marathon.

These are the Marvel movies on Disney Plus:

Now Avengers: Infinity War has been added to Disney Plus in the US, there’s just one final MCU film missing: Ant-Man and the Wasp. In the UK and Australia, though, as noted, you can stream this already.

Finally, here are the all original Marvel Disney Plus TV shows in the works, which will also fit into MCU continuity, with the exception of animated show What If…?. These dates are tentative, though, and we expect the global pandemic to push them back a little.

What are the best Marvel movies, though? It’s a contentious topic. Below, the Marvel movies are ranked based on fan opinion, which is derived from IMDb user scores. The list  gets some things right (Thor: The Dark World and The Incredible Hulk are definitely lesser movies), and other things rather wrong (Ant-Man and the Wasp is worse than every single Captain America movie, if you ask us). Interestingly, it’s a tie between the last two Avengers movies, Endgame and Infinity War, for the best film here.

Best Gaming Laptops To Get